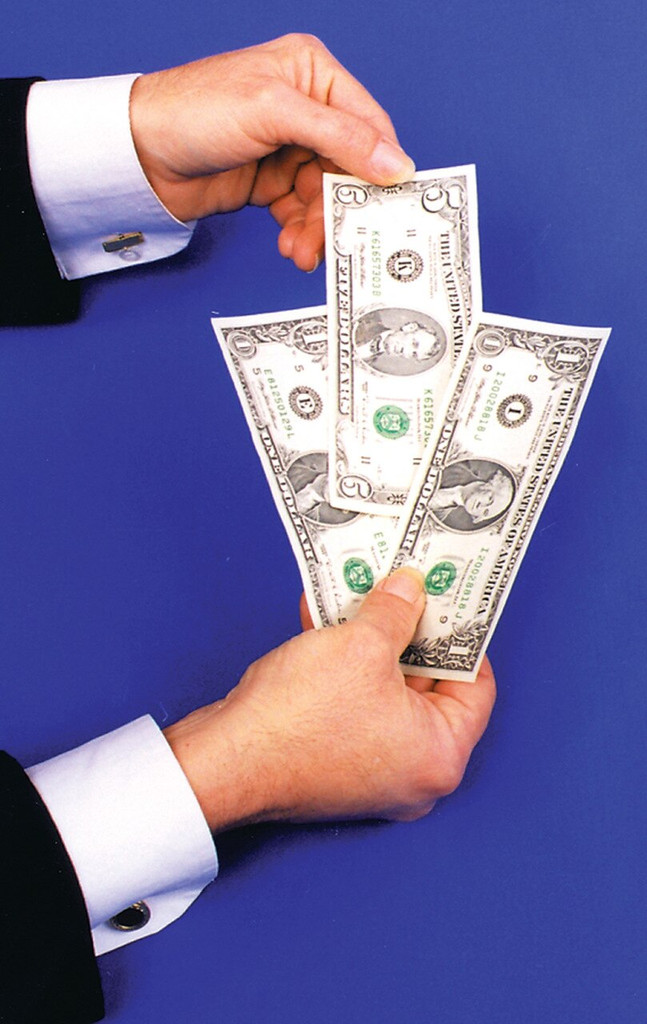 This money effect by Duke Stern is a very effective impromptu stunt! This effect was originally published in Close-Up Cavalcade Finale by Jerry Mentzer. (See elsewhere on this site for information on this title). The original effect used playing cards, but Mr. Stern found it much more effective with money!

Basic Effect: After Showing Two One dollar bills and a Five, the Five seems to Vanish leaving a One dollar Bill in its place! No sign of the Five remains as the performer shows the bills on both sides.

Stage Money is provided for practice and as a working sample, for you to make your own bills from real currency. You may, of course, use the fake play money for performing, but you'll get a much stronger audience reaction if you make this effect up with real bills.

Be the first to review this product.

RABBIT IN THE HAT TRICK SMALL

$9.10
$7.00
Yes, the hand is faster than your eyes. Pea is placed under, one of three shells which you move back and forth. Now no, one can guess where the pea is. Amazing!
View Product Add to Cart
Add to Cart

$29.95
Turn your home into a scene from the silver screen with this assortment of classic Halloween monsters including Frankenstein, Dracula and Wolf Man.   Bats and Brooms  Dracula startles...
View Product Add to Cart
Add to Cart
Morris Costumes

$17.91
$13.78
Full size all cloth arm with traditional sweater and Freddy Glove attached. Hang from door out of a trunk or anywhere to give you the look of Freddy getting ready to spring out at you. © 2010...
View Product Add to Cart
Add to Cart